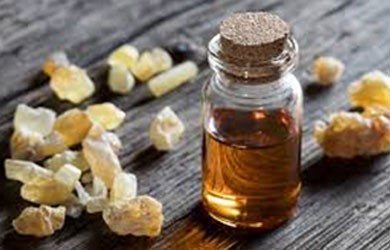 Frankincense (“Al Lubaan” in Arabic) also known as “olibanum,” typically grows in the dry, mountainous regions of the Middle East, India and Africa and is often associated with kings and royalty. The sensual scent can be best described as a mix of fresh pine and lemon, with slightly sweet, woody and spicy undertones. Frankincense was traded and carried by camel caravans across the Arabian deserts for thousands of years. Till today, it is highly prized and used for domestic, religious and medicinal purposes. During harvesting season, small cuts are made in the bark of old frankincense trees, out of which a milky liquid oozes out to harden and form resins which look like pearls. Hence, frankincense is known as “The Pearl of the Desert.”

Some Swiss Arabian products that have frankincense:

Abyad means “white” in Arabic. Shaghaf Oud Abyad is a modern twist of frankincense and oud, and our version of “The Pearl of the Desert.

Maknoon means “hidden” or “protected” in Arabic. This fragrance, with its depth and richness, allows you to unravel hidden wonders as each layer of the scent unfolds.

Attar Al Ghutra means “fragrance of the Ghutra (head cover of men)” in Arabic. It is the scent of pride and masculinity. The lingering aura that Attar Al Ghutra leaves in your wake is one of strength and stature.